Coptic Priesthood and the current Problem of Paedophilia 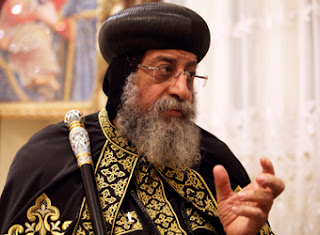 Amid last July, Sally Zakhari (known on Facebook as Sally Zee) a Coptic young lady from Florida, published her story on Facebook. It was a story of her being molested by a Coptic priest in her childhood. His name was Father Reweis Aziz Khalil.

This was a terribly shocking announcement for the Coptic community all over the world. Copts have been elevating clergymen as if infallible since the early beginning of Coptic Christianity in Egypt. It might be something of a Pharaonic descent. This elevated stature of Coptic clergy made Sally’s statement not only went viral, but also was faced by a heavy armoured opposition. By no means, this was plausible for the Copts.

But things began to change dramatically, when Sally and a supporting Coptic Priest, Father Pishoy Salama – a Harvard Divinity School graduate who was appointed as an Adjunct Professor of Theology at Toronto University- started to reveal new evidences accompanied with a criminating documents. New evidence showed that this Priest was defrocked in the year 2015 for the same kind of allegations, that was proven true after an investigation was conducted by the church at that time. Surprisingly, he was defrocked on paper only, it never happened in real. He kept serving in the church, until Sally raised the red flag. Sally and supporters kept pushing on Pope Tawdros II and the church, until Father Reweis was suspended and defrocked for good.

The story was just starting. Comments on Sally’s Facebook posts revealed disturbing stories of similar incidences with different clergymen. For this reason, or may be for another, Sally inaugurated a hashtag: #copticsurvivor. Molesting and Paedophile clergy began to be exposed. But what appeared to be really disturbing was that pattern that was shared by all the stories. These clergymen deeds were no secret, they were well known, in fact all of them were either suspended or defrocked by official declarations from the Pope, none of these declarations ever came into effect. The maximum punishment ever occurred was transferring each of those to serve in another church far away.

The church failed to deal with issue since its real beginning decades ago. Some of these allegations was known from twenty years ago. Yet, what mattered was how to cover up. But things have changed. Women rights movements, social media, human rights organizations, and else made it easy and encouraging to talk. Clergymen became no more infallible or elevated. Nothing seems to be changing in how the Church is dealing with these issues. No press releases were ever issued, and no official comments were announced, as if nothing is happening or ever happened.

One can say the church is in a very bad situation. From one hand it wants to do something toward those deviators; but on the other hand, this will be a disaster for the church amid its Islamic contexts. One Bishop told me, “if these incidents are exposed in front of the society, it will be scandalous. Radical Muslims -which is large part of the population- will take the chance to attack Christians and Christianity for decades, then people will lose faith and leave their church. It will be a disaster for the Coptic church.”

As the number of suspected clergymen are rising, the question that keeps hitting the Copts’ minds is: How a clergyman can be paedophile, molester or even a rapist? For the Copts, clergymen are supposed to resemble and reflect Christ on earth. This very established elevated view is now being shacked and uprooted drastically. But the answer to this question is very simple. For more than half a century, there were no clear rules, criterion, or even an interview for appointing clergymen for priesthood or episcopacy. It was all random choices, no real investigations were ever conducted to check the candidate’s backgrounds, psychology, and spiritual authenticity. It all depended on personal favourability, nothing else. This policy, eventually led to disasters, and instead of instituting a well-developed policy for choosing and appointing clergymen, the church kept covering up scandals.